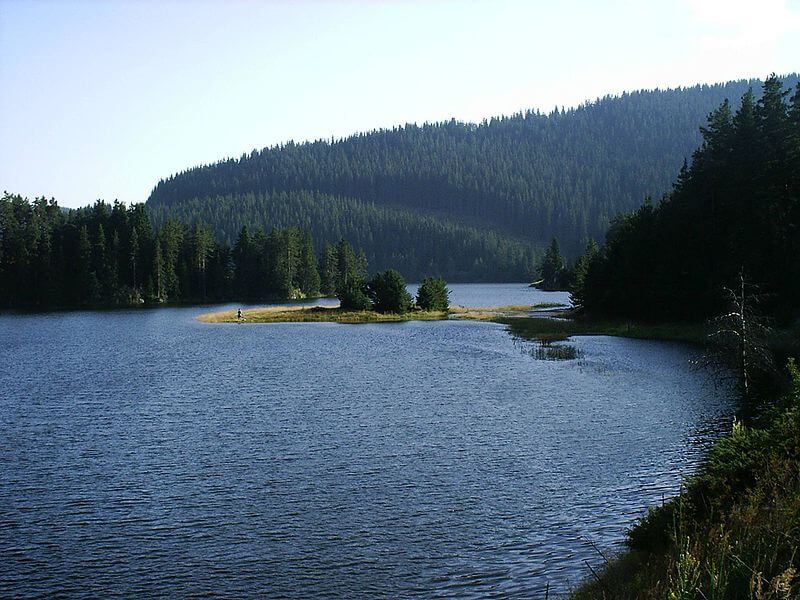 Last week, I went to a festival. It was a wonderful and exhausting and lovely and painful experience. At some point, I decided I never wanted another “festival” experience again. I came home exhausted. Feeling old. But also renewed. It was confusing, to say the least.

It made me remember all the festivals of my youth. All those weekends at a certain nude beach, with people who felt like family and strangers at once. All those weeks in the various desert locations, getting dust on my body and clearing out my mind. Most of all, I remembered coming back from each of those experiences and having something “important” to write.

And I would excitedly write about self-discovery as if it was universally applicable. I shared my psychological schema as if it was truth.

This time, my revelations were quiet and personal. There were no grand and global realizations. Instead, I realized some things about myself — some good, some that I’d rather leave buried. I folded in on self, husband, and family. I suppose it’s appropriate for a nearly-40-year-old woman to start working on self instead of planet. But, as I said, it made me feel old, and I wondered if I had anything to share with the world.

Well, when in doubt, get to the heart of sexual encounters, right? That’s something everyone can relate to. (Which is one of my issues, but that’s for another blog). I did have a sexual encounter at the festival, and I find it worth examining and sharing.

Let’s get this out of the way: my husband and I are polyamorous. We both have other sexual and romantic partners. He knows about my sexual encounters at the festival and, while we definitely have a LOT to work out with our polyam aspects, I am not cheating on him or lying to him. I respect and love my husband.

The next morning, he texted me, wanting to have coffee together. I thought (wrongly) that he also wanted to discuss the previous night and connect on a deeper, emotional level. However, when we met up, it became clear he just wanted more sex. Which wouldn’t have been a problem, except I had agreed with my husband to not have sex at that time, so I spent most of the morning dodging his advances and riding the edge of appropriateness while trying to figure out this guy emotionally.

At that point, I should have left well-enough alone. It was clear this man only wanted sex (which, in my opinion, is absolutely fine) and that I wanted something “more”. No, not a relationship, but an acknowledgement he was not interested in giving.

Did I leave it alone? No. Because I have a habit of obsessing. I also have a thing for emotionally unavailable people. You might call them “bad boys” as a short-hand. But I don’t like the bad — the intentionally cruel and self-absorbed. I like the thrill of reaching the unreachable. Of cracking emotional shells. It’s my version of a savior complex, and yeah, I’ve finally recognized it and am working on it.

So I kept texting with him. And eventually he convinced me to meet up with him again.

In the end, I got up and left right before things escalated to the point of sex. I was clearly upset, nearly crying, and he kept trying to lighten my mood and get me back to his tent… I ended up going to my husband and crying my eyes out.

But was that enough?

No, it wasn’t. I continued texting him when I got home. Trying to get a sliver of emotion out of him while he continued to try to get a sliver of sex out of me. Until my husband was like, no, not him. And I was like… you know, you’re right. I was CRYING over these interactions, why am I prolonging them!?!

It seems like a simple, stupid situation. Nothing worth sharing. If anything, a little embarrassing. But this morning, trying to figure out why people hate Margaret Atwood now, I got caught up in a few #metoo articles, examining the extremes and splintering of the movement, and I realized there are a few lessons to be learned from alcohol-infused, inadequacy-issue festival sex.

First of all, I want to discuss #metoo. What began as a way to show how many women have experienced sexual assault has become a way to explore the nuances of sexual assault. It has brought to the forefront of social conciousness that sexual assault doesn’t have to be physically violent. It can be coercive. It can involve power dynamics and social expectations. It has shown how so many of our sexual experiences are fucked up and not born of mutual desire and consent. This is important, and I am grateful for the exposure of the #metoo movement. At the same time, I think it has become problematic, especially as a solidarity movement focused on retribution and exposure as opposed to societal growth.

Did I experience sexual assault? From the #metoo lens, quite likely. A man kept pressing me to have sex even after I expressed not wanting to multiple times. He crossed physical boundaries even after I tried to wiggle away from him. He kept trying and trying even after I said no. He took advantage of moments of uncertainty, pressing his own agenda over consensual sex.

I was so close to just giving in. Because it would have been easier. Because I thought I “owed” him. Because there are certain societal expectations… if a woman knows a man wants sex and goes off alone with him… she’s asking for it, right? Or, the even worse one: “What’s it matter, she already slept with him!?!”

I feel like the #metoo movement does a good job of highlighting these situations as problematic and recognizing those pressures that pin women down even when a man’s hands are not holding her in place. I think it also helps to force men to see how their manipulative behavior can be compounded by sexual expectations.

I would be in my rights to call out his shitty behavior and hope that makes him not pressure other women in the future — to force him to realize that pressuring and “convincing” and physically trying after a no is not okay. But ultimately, I don’t think that really helps the situation. For starters, he’ll feel attacked and defensive and it would become a battle of reputation. Which he seems to be known as a sweet, nice guy.

More importantly for me, it takes my accountability and agency out of the situation — that I could have said no, but there was a part of me that wanted to say yes. It’s really easy to blame him and blame society and not reflect on my own dual desire: that I wanted to have sex with him even though I knew it was a bad idea and he wasn’t offering what I wanted.

Strip away his actions and societal pressure, and I still would have been left with this conflict of desire that makes me realize I am not necessarily the person I want to be. That I sought out that situation and, while there is blame to be placed on him and society, it doesn’t help me reflect and grow and learn to value myself. Blaming him or myself or society doesn’t help me understand why I kept going back to him.

This is where #metoo has become problematic. It has swept up all kinds of behaviors and situations into an umbrella of sexual assault that allows men and women to stop reflecting on the how and why of more complex and confusing situations. It has become about victims and reckoning which is about the past as opposed to the future, and it can be healing but doesn’t necessarily create something better.

While at the festival, I had a conversation with a friend about whether or not he wanted to go to a sound meditation. He wanted to sit and be lazy, but felt he should go to the meditation because of FOMO and opportunity. I introduced him to the concept of “Fuck Yes!” — that we don’t engage in optional activities unless our desire for them is a “fuck yes.” Not just okay, sure. Not just yeah. But a full, enthusiastic desire. Clear desire.

I am so happy that conversation came up, because lately I’ve forgotten the fuck yes model, and I think it is such an important and empowering model for personal action.

In the fuck yes model, I would not have been chasing after a guy who so clearly had different desires than me just to stoke my ego. I wouldn’t have wanted to crack open his emotions. If they weren’t pouring freely (when that’s what I wanted) I would have been able to easily walk away. Because that wouldn’t have been a fuck yes from me or him.

If he had been practicing the fuck yes model, he wouldn’t have kept pressuring me. He would have seen I was a maybe or no and not been into it.

If we had both been practicing fuck yes, then societal pressure wouldn’t have been an issue because society has no role in the fuck yes model.

I find the fuck yes model surprisingly simple and effective. At the same time, it’s hard. It’s hard to let go of ego and the idea of collecting lukewarm yeses to keep myself warm. But I surround myself with those yeses, and I don’t have the time or energy to find those passionate, hot yeses.

Overall, I’m incredibly lucky. I have one fuck yes. My husband is amazing. And having that enthusiasm towards him and him towards me has taught me a lot about how a sexual interaction can be and should be. I look back on young me, going to festivals, learning so much about the world, and I don’t think I could have identified a fuck yes. Not in myself and not when it comes from another person. Which led to a few #metoo situations.

But I’m learning and growing. And reminding myself and others… find the fuck yes.