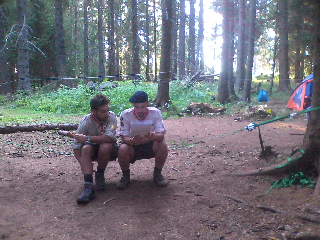 I won’t say that I know a lot about scouting. I can’t even say that I have much experience. Although the camp I worked at was a scout camp, at least two-thirds of the staff and participants were not actually scouts.
However, I do know that given the choice I will prefer to work at a scout camp over any other, and the scout method is something that I deeply respect as we struggle to find an understanding of adolescence. (And of course by we, I mean myself giving importance to an issue that has captivated my mind and heart.)

Being a part of the scouts in Bulgaria has been one of the most rewarding experiences during my peace corps service. I have learned about myself, my values, and prepared for a growth spurt in my field. I have met some absolutely beautiful people and, of course, some that I struggle with, and I have gained an eye-opening global perspective regarding scouting.

First, I learned that scouting in Europe is quite different from the infestation that is scouting in the states. Secondly I leaned that scouting in Bulgaria is a completely unique experience in itself. Being on camp I am able to see the way that culture guides and influences a scout program, which I had blindly taken as one and the same despite culture and history. But everyting from cooking to cleaning to building to programing can be traced back to the social habits of the people, placed loosely on top of a global framework that has been lovingly adopted.

For the most part I have acted as a child, accepting things, going along, and trying not to judge. I can tell that I finally am beginning to feel integrated because I can be irritated by some of the habits without feeling judgemental… and instead feeling a sense of pride and ownership. When things aren’t beautiful I am dissappointed through my pride and responsibility. I feel like this group has become mine.

But there is one thing that I have not been able to get used to. As a whole, this organization sings very little compared to what I am used to. Coming from California where we sing at every opportunity and some unopportune moments it is very strange. There is no grace. There is no dismissal. There are rarely hiking songs. Originally I thought that this was normal for non-english speaking countries, but last week I learned that the French scouts definitely are a singy group as well. I just do not understand how the need to sing has skipped Bulgaria. I feel at constant unrest, waiting for my soul-cues, which are lacking. I still sing though. Just one voice, flighting in and out of a couple of others, searching but without purpose or a hold of meaning.

0 Replies to “Scouts that don't sing…”