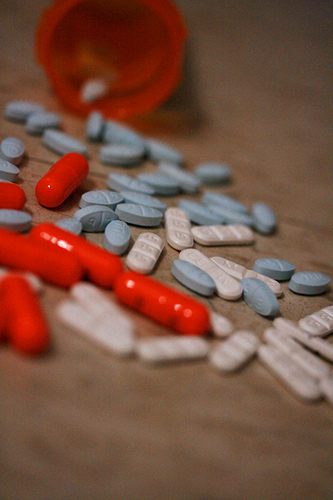 An update on my mental health…

A little over a week ago I weaned fully off the benzos. My psychiatrist also lowered my zoloft prescription because I was having dry mouth. Now I’m down to a single pill in the morning when I wake up. And it is a wonder what that one little pill can do.

Reflecting back, my “issues” started in sixth grade. Or sooner. But sixth grade is when I started cutting and had my first suicidal thoughts. Sixth grade. I must have been 10 or 11 years old? After that whirlwind, life was pretty much a roller coaster of emotions and thoughts that I won’t go into detail. But I will say I didn’t realize how deeply this was ingrained in me. Almost my entire life, and definitely all of my adult life, has been experienced through a lens of depression and anxiety.

I’ve known this for years. I’ve been actively working to keep things under control through diet and exercise since my last major suicide attempt at age twenty. So you would think I would have some understanding of my condition. And I did. But I never realized just how deeply this goes… how my lens has colored every decision I’ve made and interaction I’ve had since I was 11.

Now that I’ve been on meds for three months and I fed stable and strong, I’m finally able to see the world in a way I can only imagine everyone around me has always seen it. And wow, it’s amazingly different than the world I imagined for myself.

I’m reminded of when J first got glasses. for the longest time, J didn’t suspect I needed glasses. The whole would was blurry, but I had no idea it was. I only went in for an exam because I was having trouble concentrating in a class and a friend offered to help pay for it. Imagine my shock when the doctor confirmed I needed glasses. But that was nothing compared to my shock when my new glasses came in and I put them on for the first time. The leaves on the trees were so sharp. I could see each one. I cried because the world was so beautiful! But I also grieved because I had missed out on that beauty for so many years.

That’s where I am right now with the brain-glasses. I’m in a wonderfully bittersweet mourning for the years I suffered but also excited for the world as it is.

And just how is the world? Now, when I go into stores I spend time chatting with the workers. People seem friendly and open. Before I spent half my time obsessing over my social mistakes and the other half feeling a deep loneliness because very few people seemed open to a genuine connection with me. But now I see that people have always been positive and friendly. I just had no way of recognizing those social cues because I was buried so deep in my own issues.

It makes my drive to return to the states even deeper. I’ve been a part of some great communities filled with amazing people, and I wonder what it will be like to be able to talk freely and fully enjoy them. The same goes for scout camp here. I see it as a different type of experience with so much potential.

Of course, things aren’t perfect. It’s just one step in this journey. But every single day I am thrilled that I finally started it.

0 Replies to “More Wonder at Life On Zoloft”