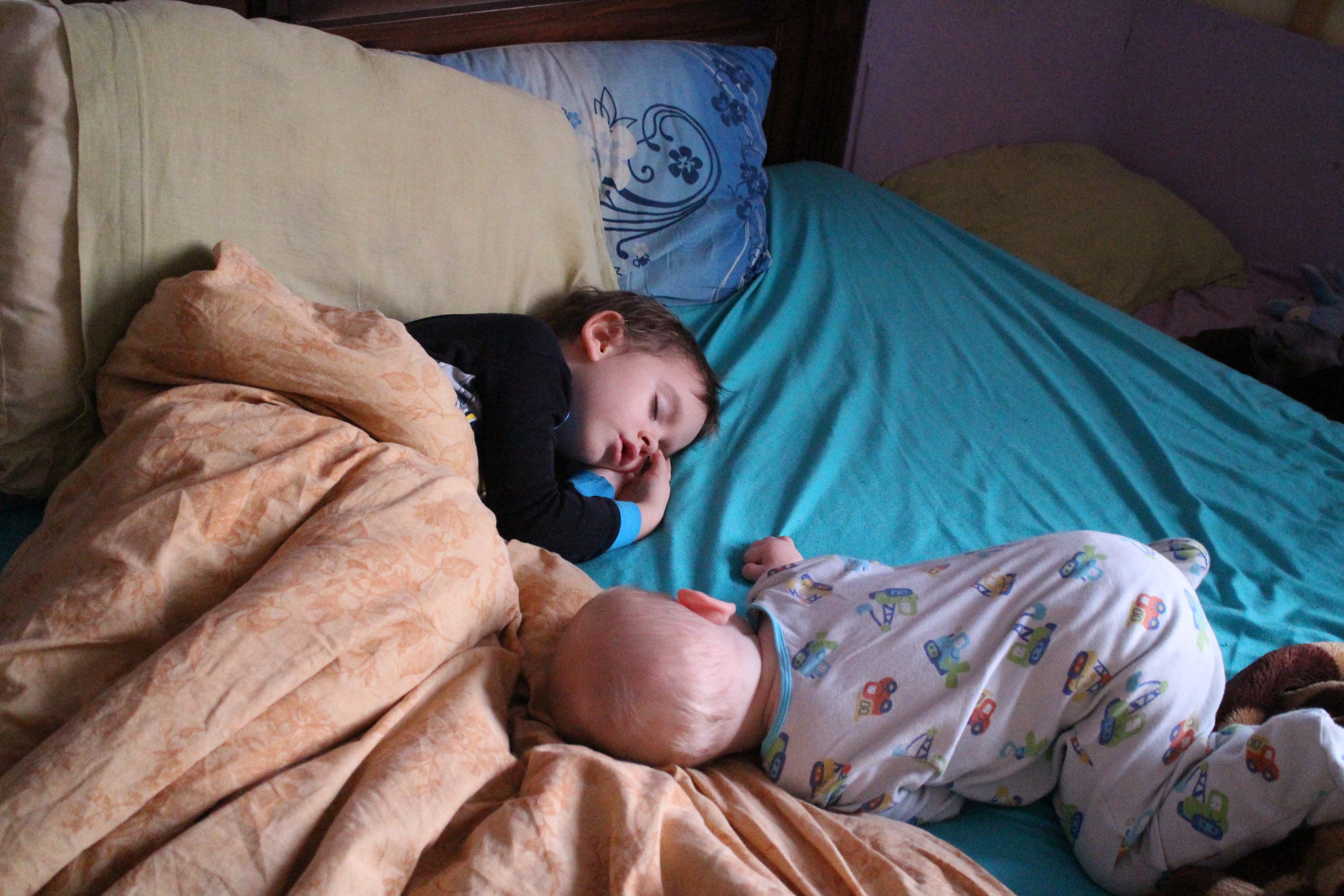 We still have family bath time. I know it won’t last much longer, so I’m holding onto it for as long as I can.

Our tub is a small, plastic toddler tub that rests upright in one corner when not in use. I drag it out to the center of the bathroom and fill it with water from the shower when I want to shower because the only way I can take a shower in peace is to give whatever kid happens to be home with me some water to splash around in.

Most often these days, bath time is just me and Jojo. Peatuk bathes on his own or with Nikola. But sometimes, like today, I get both kids crammed in that little tub.

Peatuk’s getting to the age when he complains that Jojo takes up too much space. It’s true, their legs get all twisted up and they spend most of the bath exchanging toys rather than bathing. But he’s still little enough that he does love bathing with her and, most of the time, doesn’t complain when she kicks him or grabs at his favorite toys.

Sometimes he bathes her. He gets out two washcloths, one for him and one for her, and brings them into the tub. The washcloths get dipped in the water and he gently rubs them over her arms and back and chest. Sometimes he tickles her feet. Sometimes he dumps water on her head.

While they play in the bath I take my shower. Before their water gets cold I usually have enough time to wash and condition my hair, run soap over my body, and rinse for awhile. Shaving is out, but I probably wouldn’t shave even if I was by myself.

I look down at them, splashing and cooing happily at my feet, and I think to myself, “Kid soup is the best.”

Then comes the time to extract them from the water. That’s another battle, and I have to steal myself for it. I take Jojo out first and give Peatuk some time to play on his own, because he’s bigger. My real reason for this is so I can dress Jojo in peace. She hates leaving the water, and she hates getting dressed. There is usually screaming and crying. Today there was a bit of whimpering, but nothing bad.

Then she gets the boobs while I call out for Peatuk to get himself out of the bath and towel off. Of course he doesn’t want to. The bath is too much fun.

But eventually he does. I have to chase him around the house with pajamas until I finally give up, toss his pajamas on the bed, and leave to feed Jojo.

He cries. He liked the game. He always thinks it’s a game. It almost never is. Sigh- I should play more.

Jojo falls asleep while eating and I go to put her in the bedroom. He’s put on his pajamas and fallen asleep, too. I nudge Jojo next to him. She opens her eyes, looks around, startled, about to cry. She sees Peatuk and sighs, falls back asleep.