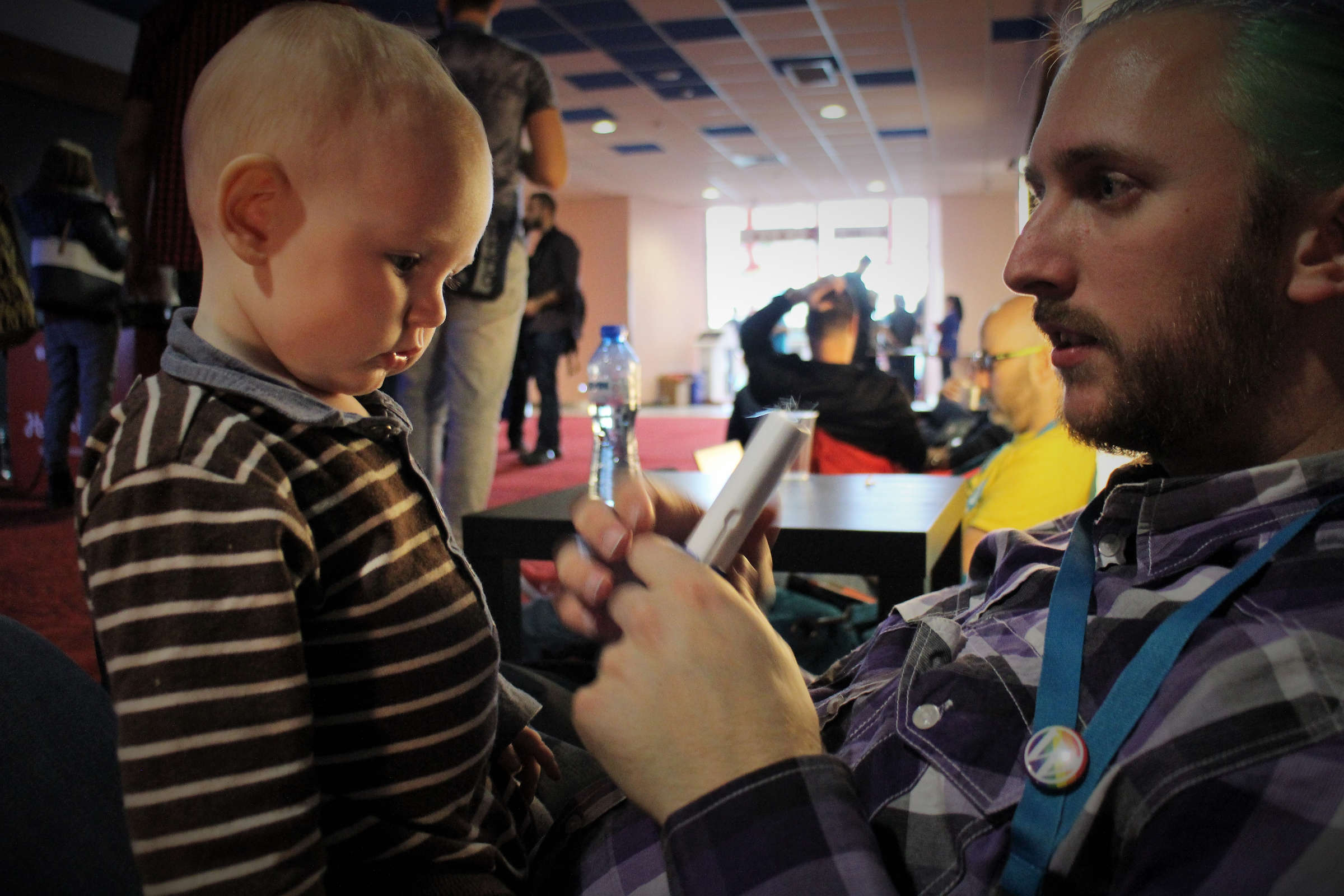 I usually have a love-hate relationship with WordCamps. In the past I have loved the social possibility of the events. There are so many cool people doing cool things, and they are there to talk and share. Amazing! But my social anxiety has made it difficult to interact with people. I tend to hide behind my husband, behind my kids, behind my tablet… behind anything, really.

But this weekend was different. And it was great. Yes, this is going to be about WordCamp Sofia, but it is also going to be another exploration of my mental health journey and an open, honest description of my life on antidepressants.

Usually, my anxiety starts before I show up to a WordCamp. The night before? The morning of? I am wondering if I should bother going. I know it is going to be painful- emotionally draining and literally, physically painful at times. Every single time I have wondered if it is worth going and I have tried to get out of going. My husband has always gently encouraged me to go because he knows that although I am anxious I also crave (maybe more than most) the community available at these types of events.

This time I did not have any of the pre-conference anxiety. None. It never even crossed my mind that I didn’t want to go. My biggest concerns were whether or not to take the littlest Antares and how my husband’s first public talk would go over. But as far as emotions, I only had a gentle excitement. No stress. No anxiety. That was a great way to start the day.

At past camps I have self-medicated with caffeine. I know, it shouldn’t help anxiety, but pump in enough caffeine and I would get high enough, for a few hours, to have a few awkward conversations. But the conversations never really went  very far, probably because by the time I’ve had five coffees, my brain is floating off on some cloud and I’m unable to give much to a conversation.

With the Zoloft, I am not supposed to drink much caffeine. But, more importantly, I don’t feel the need for as much caffeine. I tend to have more even energy throughout the day. I will say I missed having my coffee at this WordCamp, especially with the tasty, tasty lattes Human Made was supplying. But not downing so much coffee definitely allowed me to focus on people when we had conversations.

I don’t want to make Zoloft out to be some miracle drug. I am definitely still shy. I struggled to start talking to people, and I doubt I will ever be able to go up to a booth and request a piece of swag. But there is no denying that there was a noticeable difference in the way I moved through the space and how I interacted with people.

I couldn’t help comparing it to Vienna, when I had my lowest WordCamp moment. There, I cried on the steps of a building for an hour after having a mini panic attack trying to get into one of the lecture halls and then just gave up. I was done. For the rest of the conference it was head down, off to the side. I was out. I know WordCamp Sofia is much smaller, and that helps, but this weekend I couldn’t imagine that woman sobbing on the steps. She was so far from my reality.

The after party was overwhelming for me. It was too loud and I’m not good at breaking into groups with nothing to say in an environment when I have to yell to be heard. I drank the half beer I am allowed while still on benzos and spent most of the evening hiding in a corner. I still have a ways to go. Or maybe after parties are not for me. That’s completely fine, too.

At contributor day I didn’t do much contributing (although I got some ideas for how I can) but I did get drawn into three pleasant, extensive conversations with different people that I would probably not have had the courage to talk to in previous years. Once again, the only word I have to describe it was amazing.

I was able to go to Luca Sartoni’s workshop and actually ask him questions without feeling like I was about to burst into tears. That was perhaps the peak of my experience since I look up to Luca as a public speaker and would usually be too shy.

There was a part in his workshop when he was talking about stage fright and how to manage it. I was shaking my head, thinking to myself that I would never be able to manage my anxiety. Some people have to work so hard on the simple tasks of making phone calls or ordering a sandwich at a deli that we don’t have the capacity to control something as big as stage fright. But even as I sat there planning to never speak in public, I realized that with the help of medication, public speaking becomes a real possibility for me again. I no longer have to give so much energy into everyday activities and I might actually be able to, with many tips and tools, have the capacity to control my anxiety even in a more extreme environment such as on a stage.

Then comes the after-camp let down. This is when I review my actions. I think about what a doofus I was and how people must have thought I was a complete idiot. I think about all the opportunities I wasted. I think about all the mistakes I made. I replay them over and over in my head and I feel a sort of melancholy and depression along with intense feelings of shame and guilt.

But you know what? It didn’t come. The mental habit was there. My brain tried to kick into that cycle and there was just no emotion to back it up. I didn’t feel shame and depression and guilt. I didn’t feel fear and I didn’t think anyone was talking poorly of me. I just reflected on the experience with joy and excitement while thinking of ways I could apply what I learned to my life.

Overall, it was a completely different experience, and it makes me so excited for WordCamps in the future. But more than that, it gives me a true excitement for my own future. There are good things out there, waiting for me, and once again, I have the capacity to experience them.

However, there is the small, nagging question of what will happen when I go off the meds. Will I reset, allowing this to be a lasting change? Am I doing enough work to recognize and break the mental cycles that cause my emotions to spiral? Will I be able to maintain on my own?

0 Replies to “My First Medicated WordCamp”