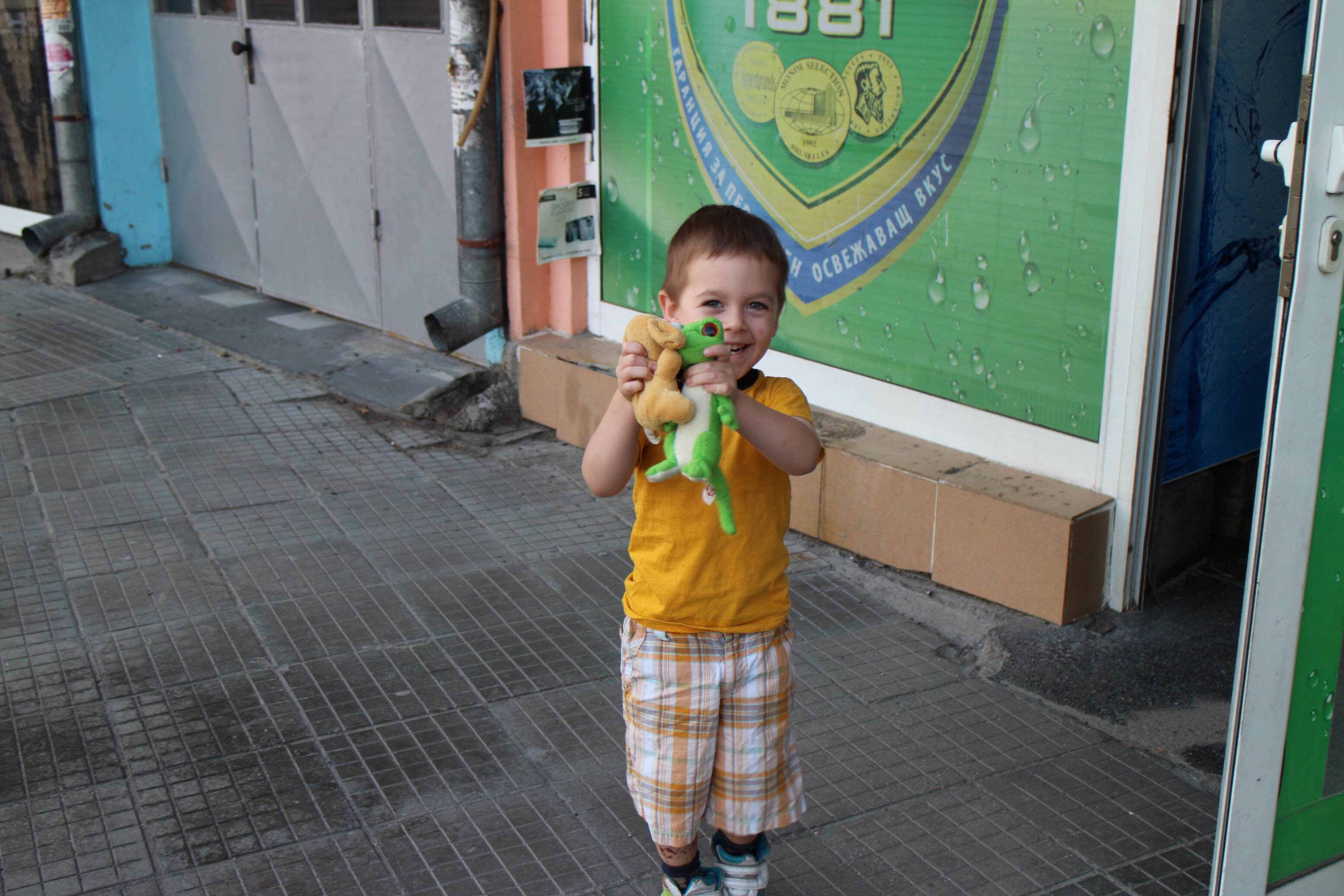 The day started out similar to most days, except we had to get to school early for Peatuk to meet his director and the nurse, so Jojo and I were actually up before Peatuk. One Jojo was released from her crib into the wild, I suspected she would wake up her partner in crime for some morning fun. What I did not expect is that she would crawl all the way up into his bed. I also did not foresee a sleepy Peatuk simply turning around and curling up in her lap. But that’s what happened, because they are cute and loving siblings.

Once Jojo got Peatuk up and going, both Nikola and I tag-teamed the daunting task of getting everything ready to go. Unlike most weeks, we already had everything set out from the night before, so it was a matter of motivating Peatuk to get dressed and out the door more than anything else. Surprisingly, even this was not difficult today. I’m not sure whether it was the promise of a new school or that Peatuk is allowed to ride his scooter to school, but he was surprisingly agreeable.

Outside, Peatuk put on his helmet and had a chat with me while Nikola ran to get him a water bottle for school. The entire time, Peatuk was calm and yet excited. It was a very positive experience. But perhaps more positive was walking him to school. He scooted along the sidewalk and I slightly chased after him, enjoying the morning air and the brief exercise. It makes me happy that we moved to this new apartment and decided to switch him to the close kindergarten. I am very much looking forward to morning and evening walks with my boy, built into our schedule.

At school, Peatuk gave us one final pose before venturing onto the school grounds. At that point he got a bit quieter, a little shy. But he still managed to say his name when the nurse asked what it was. His classroom is on the second floor, which he is quite happy about, and his teacher seemed nice. (And speaks English!)

When we were trying to introduce him to his teacher, there was a moment when he balked. He refused to go forward to the door and I thought we would have a problem. But he just insisted that he needed to change his shoes and find a cubby before he could possibly go into the classroom.

Hearing the other new kids struggle made me relieved that we decided to send Peatuk to yasla before kindergarten.  I imagine starting full daycare after three years of being home alone with mama or baba is much more difficult than transitioning out of one type of care into a slightly more mature, free setting. Of course, we’ll see how the next two weeks go and I don’t expect a completely tear-free transition. But I would be ecstatic if there is one!

After putting things away in his cubby, Peatuk happily went inside with his new teacher, with a hug and a kiss and a promise that me and Jojo would get him after school.

These are the days worth remembering- the important moments of transition in life.

0 Replies to “First Day of Kindergarten”