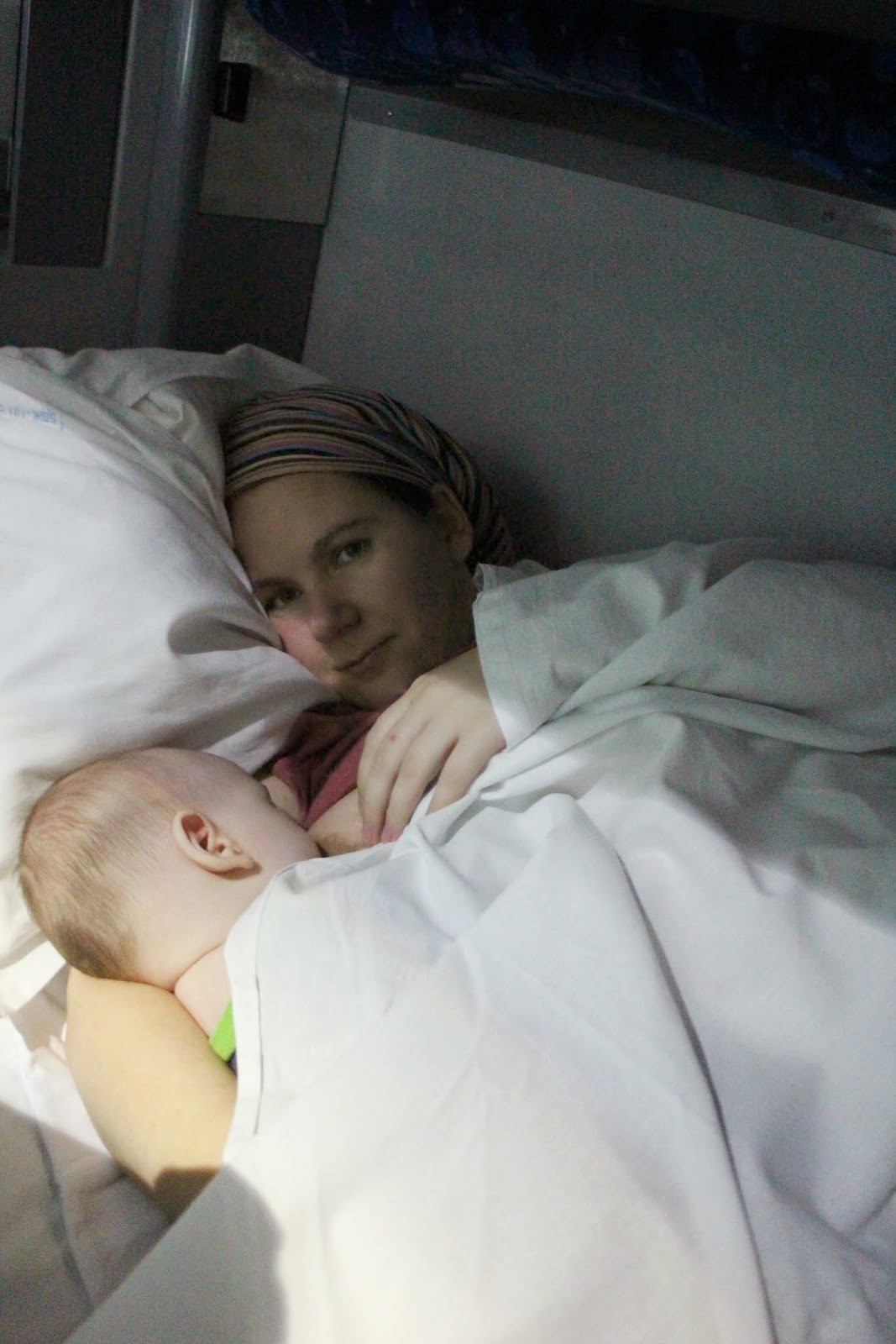 As of last Wednesday, Peatuk is officially weaned. I was hesitant to say anything about it before, because I have often said, “I want to wean Peatuk,” and then gone back on it. That is how he was still breastfeeding after two years. However, we fed for the last time Wednesday morning and, being almost a week later, it seems like we are sticking with it rather well this time.

Because I did not have a strong desire to have children when I was younger, I never gave much thought to breastfeeding and what I would want my breastfeeding relationship to look like with my child if I ever had one. However, while I was pregnant, I decided that breastfeeding was an awesome idea, and I was prepared for somewhat extended breastfeeding. In the first weeks after Peatuk’s birth, I was devastated that breastfeeding did not seem easy or natural.

My milk did not come in for the four days I was at the hospital and Peatuk was rapidly loosing weight, so the nurses put him on formula. Once we left the hospital, my milk finally came in, but Peatuk had a weak latch. For the first two weeks, I mainly pumped breastmilk to feed Peatuk in a bottle. Honestly, I enjoyed the extra sleep I got because Nikola or his mother were able to do nighttime feedings with Peatuk. But I knew that pumping, especially with my tiny manual pump, was not a sustainable solution.

After about two weeks, Nikola figured out how to train Peatuk to suck properly, by stimulating Peatuk’s mouth with his finger, pressing down to curl the tongue properly. Finally, Peatuk had a latch and could get milk out. However, a new problem arose: he often fell asleep while breastfeeding. This led to almost constant breastfeeding while he was awake to make sure he did not continue to lose weight and is probably what made him associate breastfeeding with sleep.

Eventually, we fell into a rhythm and breastfeeding was amazing. Since we were co-sleeping by that time, nighttime feedings were easy. Going out was easy because all I needed to take was myself. Travelling was great. Peatuk was comfortable breastfeeding and he was a happy, quiet baby. Even after we introduced solids at around seven months, he kept breastfeeding for the majority of his calories for almost a year.

Even as Peatuk slowly switched to eating more solids, he continued to breastfeed for comfort. A few times a day, he would curl up in my lap and we would have a quiet, intimate moment while he fed. It was an amazing experience.

I did not even consider weaning Peatuk until he developed early childhood tooth decay. His front two teeth have severe decay. Among many factors (not enough vitamin D, Nikola and I both having large amounts of the bacteria that cause tooth decay) was the problem of Peatuk falling asleep while breastfeeding. We had to end his nighttime feedings so we could apply a calcium paste to his teeth at night.

I harbored so much guilt for Peatuk’s tooth decay. I still do. Unfortunately, at the moment, it is a wait and see type of situation while the decay continues to get worse.

Around this time (a year and six months) was when my friend who was doing extended breastfeeding with her daughter decided to wean. Suddenly, I was the only one I knew with an older child who was still breastfeeding. My relatives were encouraging me to stop breastfeeding and, honestly, I felt awkward about it on occasion. Sometimes I wanted to continue until Peatuk self-weaned. However, I knew that with Peatuk and the physical relationship we had, that would not be until Peatuk was three or four at least.

Peatuk started preschool, and that greatly reduced the number of times we were breastfeeding each day. We got into a rhythm of one feeding in the morning when he woke up and once or twice in the afternoon when he came home from school. On the weekends, though, we were still breastfeeding for comfort. I am a highly physical person, and breastfeeding seemed to be the simplest, easiest way to comfort Peatuk and to maintain our bond.

The afternoon breastfeeding session slipped away. It was so easy that I barely noticed it. Simply hanging out with friends after school or going to the park to play— stopping at the store to buy a banana or an apple instead of going directly home— and it was gone. I was only breastfeeding once a day, in the morning when he woke up.

For the past few weeks I have found myself irritated in the morning when Peatuk was feeding. My skin crawled after five minutes of feeding and I just wanted the experience over. Almost every time I ended the breastfeeding session instead of letting Peatuk finished. At that point, I knew it was time. So I decided to end the breastfeeding when we came to visit Nikola’s mother. I figured the extra distraction would be useful and it gave us a concrete time that we could prepare Peatuk for.

I explained the deadline to Peatuk. He took it in stride. Repeated back to me, “No mammas hodi baba,” (No breastfeeding when we go to grandma’s house), and since we got here it has not been an issue. He sometimes climbs up on my lap and asks for mammas, but usually more as a way to flirt with me, waiting for me to say no so he can laugh at me.

I am, surprisingly, still producing milk. I thought it would dry up immediately. However, I started drinking sage and mint tea today to help with the process.

I will definitely miss this phase of life. The closeness. The actual physical tie. But at the same time, I am ready for this bit of freedom and to start building personal boundaries again.