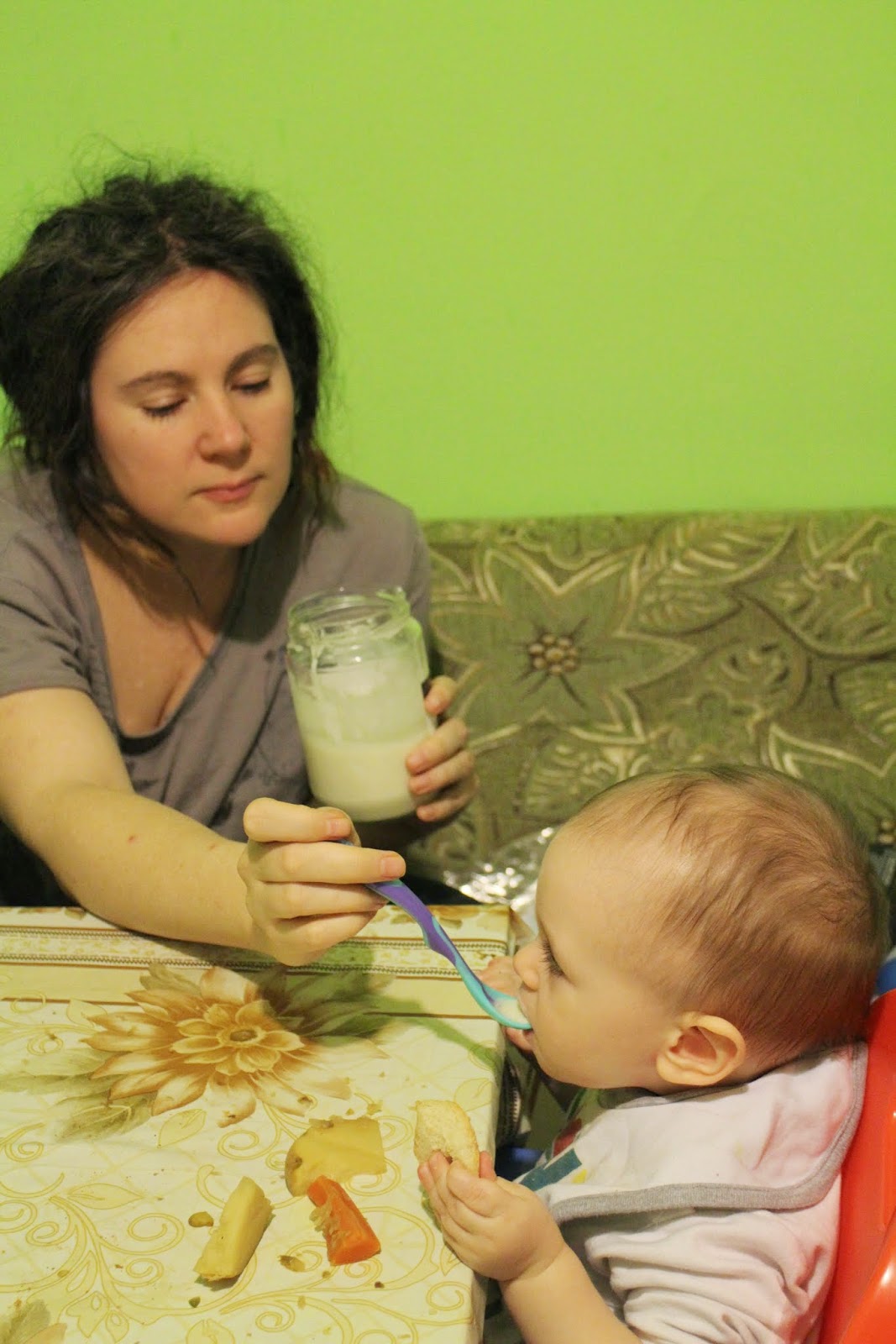 If you have children, then you know how magical it is when you can actually start communicating with them. I didn’t, until the other day. It is true that Peatuk has slowly been gaining communication skills this year. Reaching for things, crawling away when he wants to be chased, and the tried and true standby of crying when he has desire. He communicates. Sure. But up until now it has been more of a guessing game on my part than an actual practice in communication.

Then, the other night, this happened. Doesn’t look like much. A baby sitting at the table, eating a banana smoothie. The absolutely cool part is that he asked for it, and I understood him!

Peatuk is still pretty far from talking. Blame it on the dual language intake, but I am guessing it is because both Nikola and I tend to be more physical than verbal people. Tough break, kiddo. As a family, we communicate in grunts and giggles. Monster-speak, if you will.

Lately, Peatuk has enjoyed mimicking appliances rather than people. He does a great impression of the vacuum cleaner (while moving the head around the carpet) and he has an adorable rendition of the immersion blender that cracks us up whenever we make smoothies.

The other night, we settled into the table and were eating leftover stew. Peatuk was in a cute, outgoing mood, but he didn’t seem interested in eating his carrots and potatoes. Instead, he turned to me and gave me a cute little raspberry with his lips.

It seemed like he was trying to say something, so I helped him out by offering words.

It was then that I realized he was making the immersion blender noise, while sitting in the place where we usually use it. I asked him if he wanted a banana shake.

I pulled out the immersion blender and he beamed.

Nikola blended up some banana and yogurt and Peatuk happily let me feed him (a rare treat these days of growing independence). He had actually wanted a banana shake!

The boy has preferences. Desires. And he can express them! And I can understand him!!!

I am ready for great adventures with him.