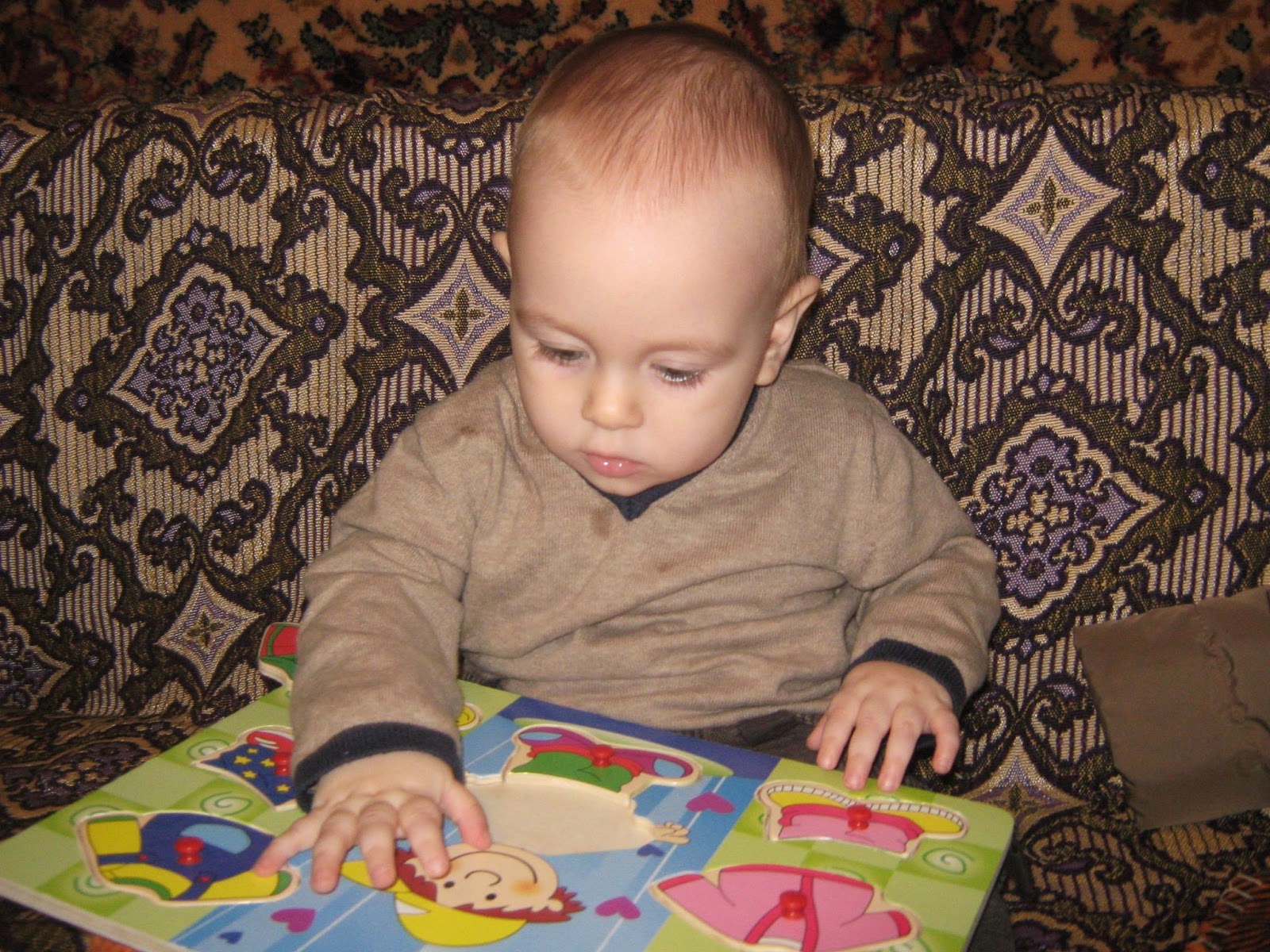 Some days are good, and then some days setting the kidlet down so I can pee is a chore. Yesterday was a difficult day. So while we were cuddled up, letting dishes rot and laundry go unfolded, I tried to remind myself why this little, needy parasite is so cool.

He is definitely growing up. Beyond the physical abilities, which are just amazing. (He has learned to stand, walk around the edge of his crib and the edge of our bed, transfer to the nightstand from the bed, and to sit down. Now he is working harder to crawl hands and knees instead of the belly.) It is the cognitive abilities that are just cool to see develop.

About a week ago he learned that if he cries, he will get my attention. Before, his crying always seemed so pure and inspired. It was a reaction. Now it sounds different. Sometimes he still cries as a reaction, but I can hear the difference when he cries because he wants me, or wants something, or doesn’t want something. Frustrating, but cool as it is the first way that he can really communicate his preferences.

He looks at objects differently. A month ago, he would crawl to an object and it would immediately go to his mouth, where it would be gnawed on until he lost interest and crawled to the next object. Now he is learning to explore objects with his hands and eyes. He still tastes objects, but they spend a lot less time in his mouth and more time being turned over and transferred from hand to hand. Finally, he can hold paper, which he LOVES, without eating it!!!

It makes me wonder which things are currently leaving an impression on him. I imagine him growing up with a fondness for wind chimes because of the two sets we have hanging in the house, one of which is visible from his crib. Of course, he wont remember the smooth tubes and punched out stars, but maybe they are becoming a feeling inside of him. Maybe right now he is also learning to live in a messy house, to cuddle half the day away, and to eat in front of the television (I know, SUCH a bad habit).

My favorite moments these days are snuggled between my boys as we sleep. I have always been a nester, but it is hard to achieve this primal level of cuddling among friends. There are always barriers (I never did make it into a ‘cuddle pool’ at any of the parties I went to). But after a man who has promised to spend his life with me has seen a baby split open my vagina, it is possible to transcend the sexual tension and social propriety that creates distance. Then there is Peatuk, who is the most primal, intuitive cuddler I have ever snuggled next to. He simply knows that tucked in next to the warmth of his mother is the safest place to sleep, and the relaxation when he is in my arms for the night is amazing.

So, yep, another bout of crying. Cutting teeth. Growing. Learning. But it is all definitely worth it.

0 Replies to “Growing Up”