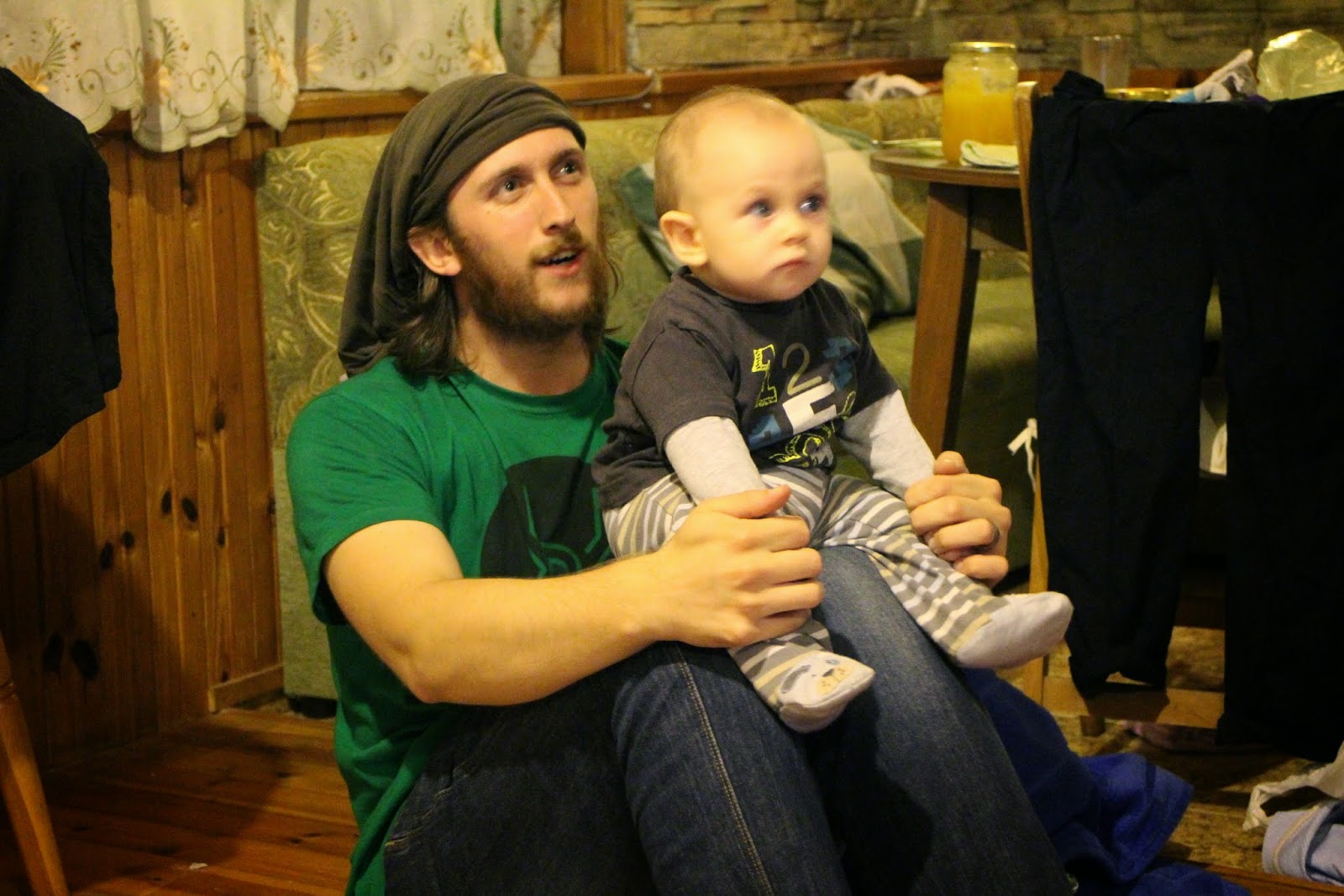 It surprises me how quickly Peatuk is developing. Just a few months ago he was a jelly-like blob whose only interest was eating and cuddling. It seems so sudden that he wants to touch everything and try everything and understand everything.

I think he falls about four times a day. Luckily, he is finally learning to bend his legs and fall on his side instead of cracking his head on our wood floor. It isn’t exactly graceful, but at least he seems like he is in less pain. I think putting a carpet down where he spends most of his time cruising has also helped, but that might be more of a placebo for my racing heart.

In the picture above Peatuk and his daddy are watching Queen’s Bohemian Rhapsody. He was fascinated, but not quite as into it as he was into We Will Rock You. Of course, that involved hitting things and clapping and daddy singing along, so it’s quite a bit more fun. He really likes music though. He likes when I dance. He likes when I play guitar. He likes to be sang to sleep.

This is Peatuk hanging out with a photo of his daddy that we found in Nikola’s grandmother’s house. It is difficult to tell, but they look quite similar. Supposedly. Everyone tells me that he got Nikola’s eyes and my nose. To me, he just looks like him. A unique individual. And everyday his looks change. From chubby thighs to skinny. From no teeth to sporting pearly whites… how is a constantly shedding chameleon supposed to look like anyone?

He’s trying out solids these days. Bananas and sweet potatoes still seem to be his favorite, but we have tried pretty much everything we eat that doesn’t have a lot of salt or hot spice. He doesn’t seem to be a picky eater, yet, and I hope that sticks, but between Nikola and I, he is probably going to pick up several food issues.

And my favorite moment? Without a doubt it is putting the little bug to bed. I love the limp way his sleeping body curls into my neck and chest, the casual way his hand grips my sleeve. I love setting him in his crib and then walking away, turning back to see him sleeping peacefully. Of course, it doesn’t happen like that enough, but when it does… precious.