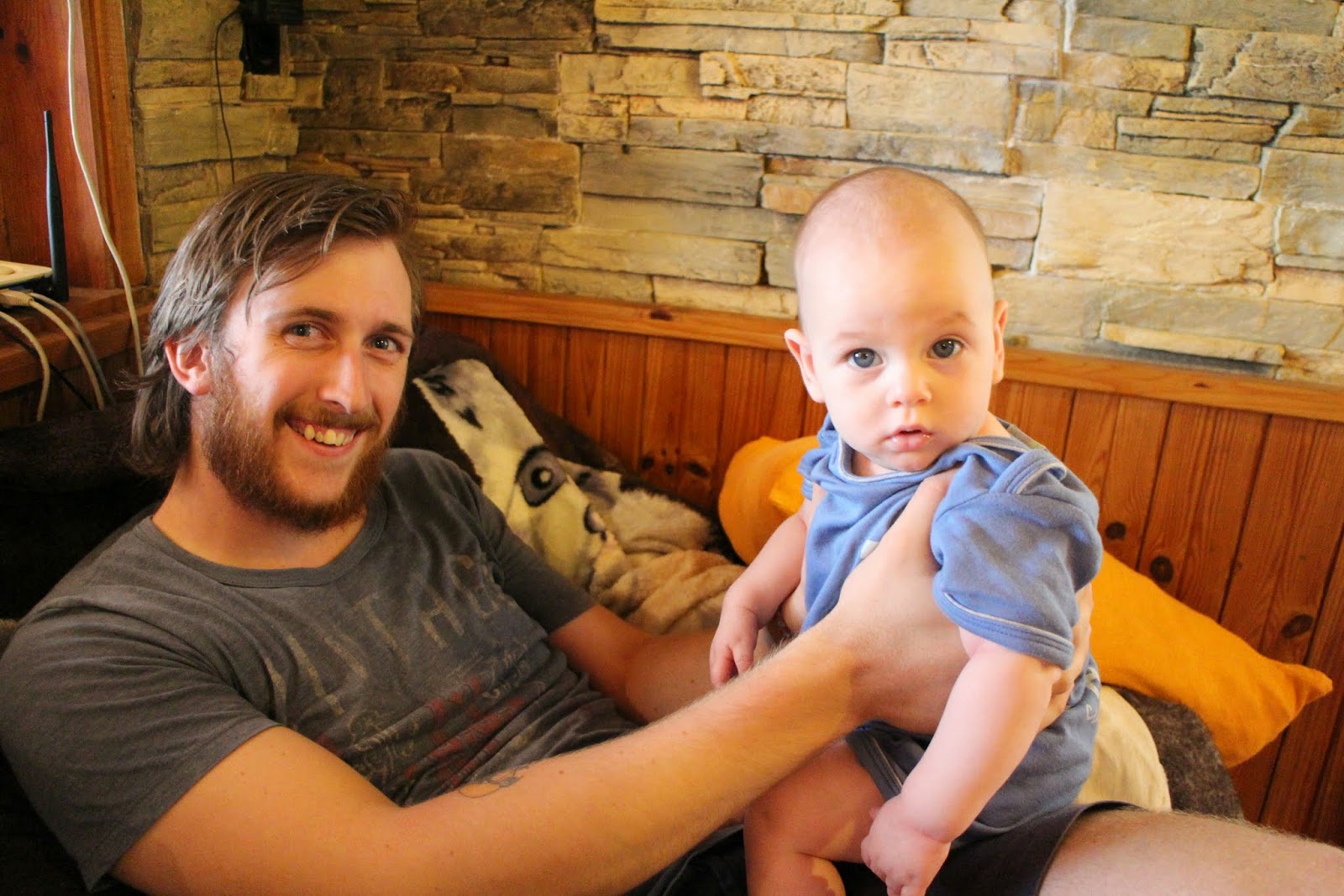 I think this trip to Sofia just gave Peatuk a cognitive burst. I look at him and he suddenly seems so mature.

Well, mature for a 5 month old.

In the past week, his eyes have changed. They settle on objects for a longer period of time and he is lost in quiet contemplation more often than he was before. He has also expanded his “vocabulary,” which is now borderline dangerous because it is so adorable.

Last month, he discovered that he could yell. I am not talking about crying when he is upset, but being loud simply for the amusement of it. He liked to let loose a string of throaty vowels loud enough to wake the neighbors, every night around ten o’clock. Now that he is secure in his ability to be loud, he is trying out various other tones. Occasionally he will utter a breathy coo from his crib, and he loves to make soft conversations when he is on the changing table. A-DOR-A-BULL!!!!

His laughter has solidified into that classically cherub-like baby laughter. It is still strangely not what I expected, but it is wonderful to listen to. He loves to be tickled, chewed on, and lifted in the air, which he rewards with his laughter.

Physically, he seems to have mastered rolling over, although he no longer has any desire to roll onto his back. He is also very frustrated to not be able to walk or crawl yet. A month ago I could leave him on his belly on the floor for half an hour and he would play happily. Now, he spends that time very obviously trying to crawl, spinning in circles on his belly instead, and ultimately getting very frustrated.

He is still very interested in what mommy and daddy eat. We have gotten into the habit of giving him his empty spoon to chew on while we eat. But breastfeeding is getting more difficult as he is very easily distracted. Last night, Nikola was reading us a bedtime story while he had his evening snack and Peatuk spent a good ten minutes taking a single sip and then turning his head to listen to daddy. I am afraid that is only going to be cute once.

He has gotten a lot more social. Now he is not only interested in being held, but also being talked to and played with.

He is SUCH an awesome little monster!

PS: If you were following Peatuk’s obsession album, it got rather full, so I started a new one. You can find it here: