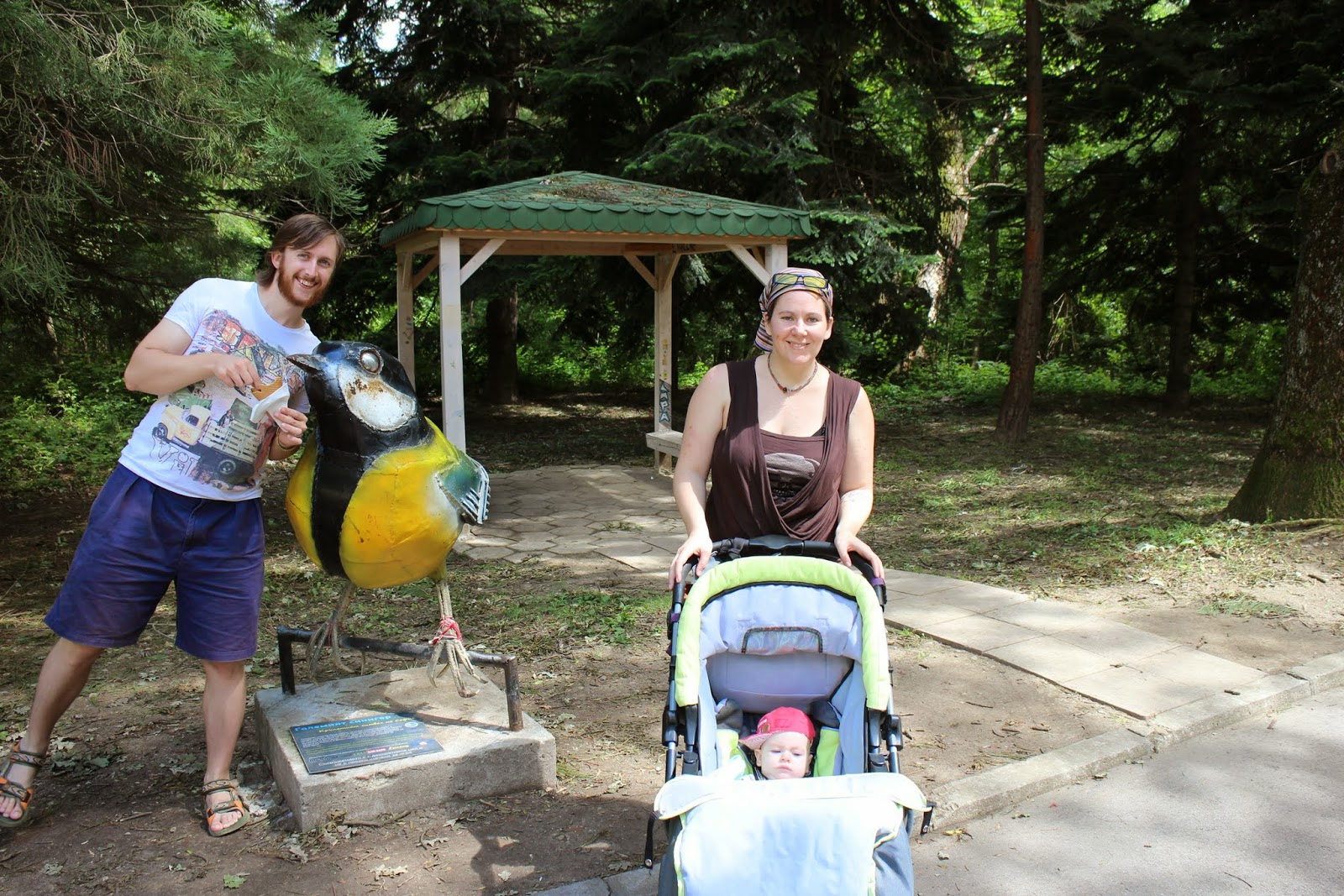 Our little family headed to Sofia this weekend. Nikola was supposed to play baseball, but the games were canceled so we had three days to putz around together. We took the night train on Friday night, and our only mandatory engagement all weekend was to go to the US Embassy on Monday to apply for Peatuk’s certificate of birth abroad. It was a very stimulating three days. Here are some things I learned…

Overall, what I think we learned this weekend is that travel is not off the table until Peatuk is older. In fact, it is probably much easier while he is still being breastfed and can’t walk! Preparing for this trip I searched the internet for, “Fun things to do with a baby while traveling.” All I got were lists and advice for traveling with a baby that made it sound like it was really difficult and no fun at all. As if traveling is, “possible, but not advisable.” Poppycock. Our son loves it. We love it. Once he gets a passport… we are heading to… wherever.

0 Replies to “Things We Learned in Sofia (And Unrelated Pictures)”