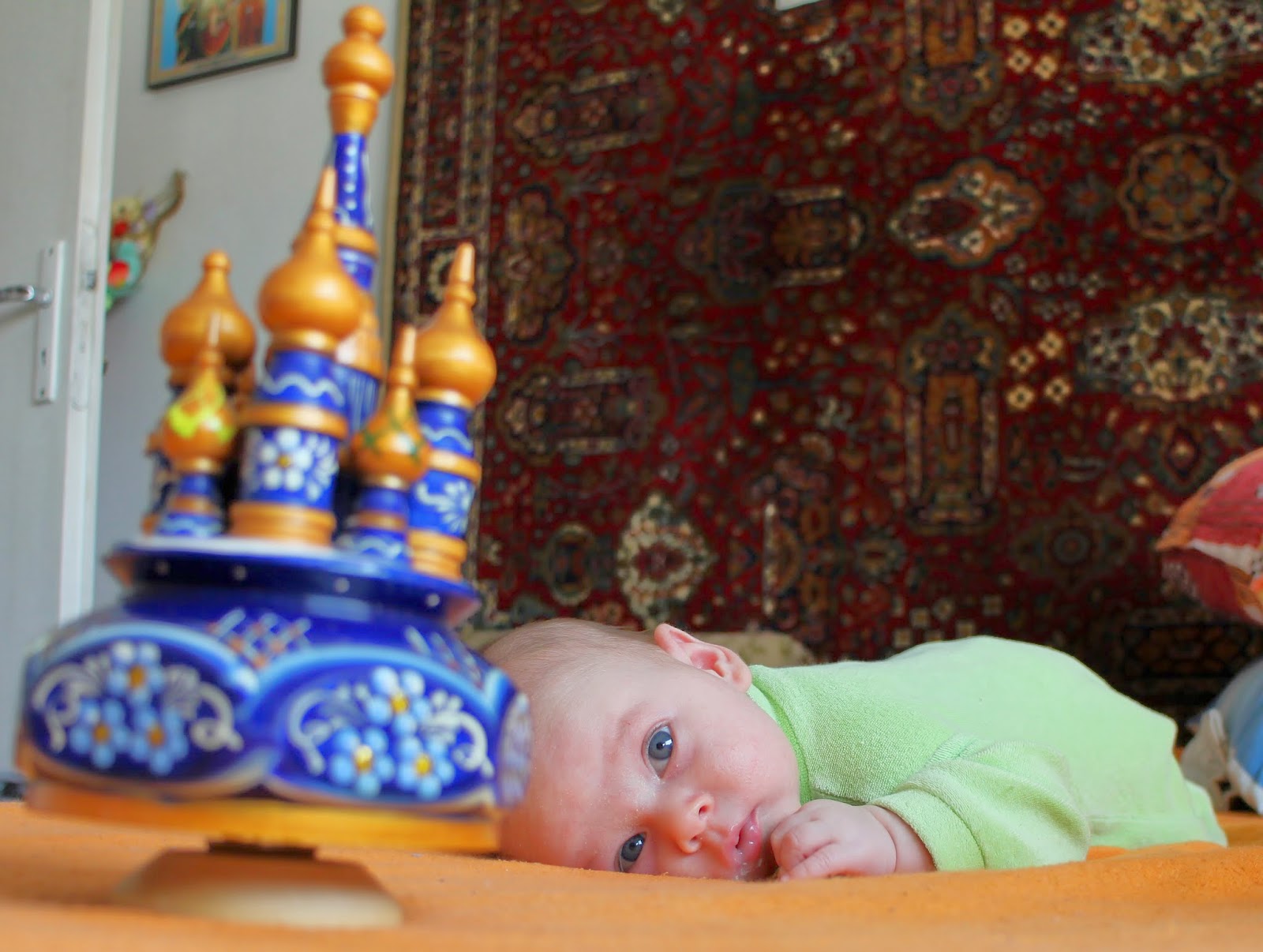 Also apparently, in the first month or two of life babies are beginning to learn the hard lesson that they are a separate individual, not attached to their mother or the entire universe anymore. They learn the boundaries of their skin. They learn what is them and what is not them, and it can be quite an unsettling, upsetting experience. Taken from a state of divine equilibrium, babies suddenly have to comprehend that they are alone.

This isn’t a bad thing, though. In fact, it is amazing to watch. For the first month or so Peatuk demanded to be held at all times. When he was exhausted and fully asleep we could put him down for awhile, but at the first hint of waking he wanted to be close to another body, feeling another heartbeat, being soothed by adults. Slowly I have watched that dependency drop away. Oh, sure he still likes to be held, but he has found ways to amuse himself, and to sooth his aloneness. He likes to look at things, to babble, to kick his feet. Sometimes I think that he even prefers to be left alone, playing on the bed, rather than being confined to my arms. (For very short periods of time).

As his knowledge and understanding of himself as an individual increases I see desire creeping into his life. There is a blue Russian cathedral music box that he loves. We play it for him during diaper changes to keep him amused and usually he coos and talks to it, or at least gives it a bit of a smile and a wiggle. Lately he has been attempting to get mobile. He is far away from crawling, but he can scooch himself along by flailing his arms and kicking his legs… a few inches before he exhausts himself. Today we put his cathedral in front of him to see if he would scooch towards it. He did, and then after awhile of trying he stopped and started sucking on his fat little fingers to soothe himself. He wants that church. I am not sure why he wants it. Does he want to fuse it with himself? Does he want to touch it? Does he simply want the music to continue? Is he curious about it and wants to understand it? I don’t know, but I can definitely see that there is a desire there. It is a desire that will make him suffer, but it is also a desire that will make him learn to scooch and crawl and walk. It will drive him to build his muscles and lift himself from his belly onto his feet. It is a desire that will give him creativity throughout his life. So, no, it is not a bad thing.