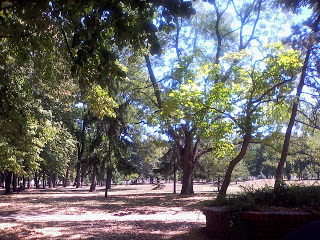 I was right, thinking that I was not yet able to just let go of whatever fear I am harboring and travel freely. I am definitely still one of those captured, safe souls. I wonder how much of my need for planning is really a need for security and how much is actually a distrust in other people. As much as I seem to trust people easily, I really do not. I live as I think any woman does, as much as we don’t admit it, in a constant state of aroused fear. So, hitchhiking to Serbia was an experience for sure. It was exhilarating, when we were not waiting on the side of the road for 2.5 hours for a ride, watching hundreds of half-empty cars go by. But we eventually got a ride, and I was eventually let out of Bulgaria (after half an hour of threatening severely to not let me back in), and eventually we got to Nis. Once there the matter of finding a bed became more important than saving money or traveling within freedom. So we enlisted the help of my phone and found ourselves an adorable little hostel called, “Art Hostel.” We snuggled up for the evening, as young lovers are apt to do, and didn’t leave our bed until well into the morning.

I wasn’t overly impressed with Nis, which says a lot, seeing how I am quite an easily impressed person. It did have an excellent park, which is inside an ancient fortress. It is one of the amazing things about Eastern Europe: seeing history just spilled without care all over the present. Unfortunately, the entire city was covered in trash. Bottles, paper, and dead animals dotted every tucked away spot that might be pretty. I wanted to believe that it was just because of the jazz festival that we were attending, but I know that it wasn’t. It just has the feel of a city that is too large and too small to be cared for.

The one thing that they did incredibly well was the food, especially the meat (says the ex-vegetarian). One of our evenings we went to a traditional style restaurant on the center, and stuffed ourselves full for about 11 euro. Their peppers were spicy and full of flavor, and their meat was indescribable. It was bliss for an evening. In the morning there were very cheap sausage sandwiches or burek with spicy peppers. A girl could not ask for much more in the way of food. AND their lytenitsa (hot pepper sauce) was actually hot, so my world began to make sense, finally.

Nis is maybe most famous for its skull tower, so we decided to go see it. I am not sure what I expected from the name “Skull Tower,” but the way it is advertised I went in with my heart high and in a completely touristy mood. I was wrong to do so. It was very sobering to see this grotesque example of memoir. How these pieces of history persist I am uncertain. I turned melancholy for the afternoon, trying to wrap my head around concepts of pride, and war, and all of the evil things that humanity does to each other. I was angry that this tower was the prime tourist attraction to a city. I felt that it should be private, if it needs to exist at all; that by selling souvenirs the entire concept is cheapened, and turned into nothing more than the blockbuster violence that we all crave without understanding. It took at least an hour before I moved on (please hear the sarcasm and sadness dripping from that statement).

On our final morning our hostel-keeper gave us a shot of schnapps to go with our coffee and we were sad to leave, maybe not the city, but the time that we had created there. Hopefully there will be many more creations in the future.